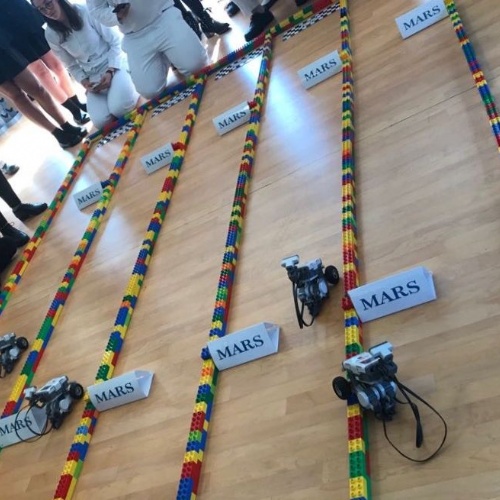 On the 22nd September students in year 9 went to the Lego Mindstorm Challenge which took place at Mars' headquarters in Slough.

This Lego Mindstorm Challenge was not only fun, but also educational. We learnt about engineering and career choices that we could make in the future. We heard from a number of people currently working as engineers. They shared their experiences and the different routes you could pursue if you wanted to become an engineer.

Whilst we were going to the Lego Mindstorm Challenge we thought that we would all be in the same group. However, once we arrived there we all got split up and put in teams with other groups. At first, we all were quite upset, however through the day we realised that it was a great way to boost out confidence and meet new people! By the end of the day, we had bonded as a team and got to know them quite well.

The day consisted of two parts; making the robot and then later programming it. We were given a set of instructions, many Lego pieces, some cables and a battery. We were very confused at first, although once we got started everything seemed much easier and enjoyable. 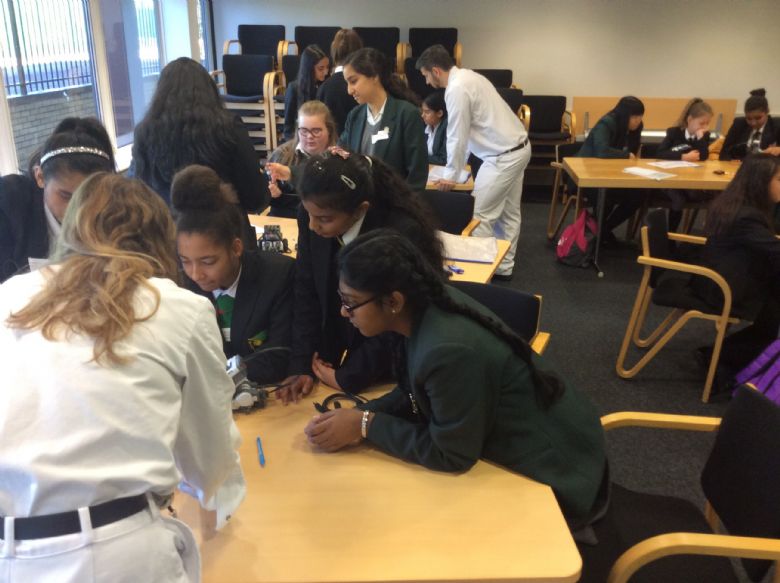 After lunch the robot races took place and only two groups got through without hitting any walls. In the final, it was about which robot could complete the course the fastest and whilst we all thought that team 2 were going to win as it sped through the course, but just before it reached the finish line it crashed, so therefore team 1 won the race.

Overall, the day was great fun as well as being educational and we are glad that we got to experience this. Thank you to Mr Oakley for accompanying us on the trip. For more work on mindstorms please come along to Robotics club on Thursdays in 210. Watch out for us entering the regional final of the First Lego League competition at the end of term.