On Thursday 8th March 2018, Year 8 enjoyed a visit to the Tower of London, organised to enrich their historical understanding.

This article was written by Ashvin Siventhiran in 8H.

We went to the Tower of London because it has played a key part in British history since the Norman Conquest. We saw and learnt about history as it developed through the Middle Ages. We saw different parts of the Tower such as Traitors’ Gate. We learnt about its role in events like the Gunpowder Plot and how the Tower's function had evolved through the centuries.

On arrival at the Tower of London and we decided to go and see the Crown Jewels first. This was such a sight for us all. We were dazzled by the rubies, diamonds and emeralds that were on display before us. For obvious security reasons, we were strictly unable to take any photographs inside. We also learnt about the coronations of kings and queens.

Next, we went to the Torture Chamber. We saw all the methods of torture: truly salutory! Following this we saw all the guns, armour and weapons. There were many guns and a huge dragon made out of weaponry on display! 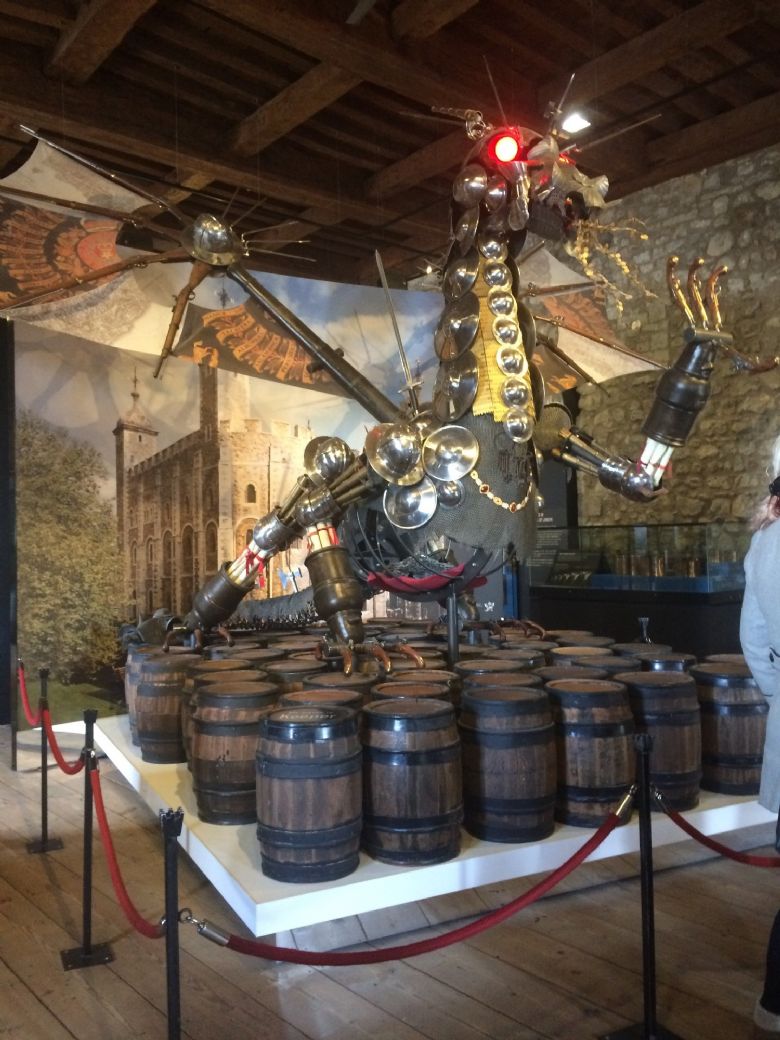 Then, we discussed some major events in history that occurred in the Tower.  We talked about the deaths of people in the Tower which were quite significant in British history. Some of King Henry VIII’s wives were killed here. We were then able to go around and see anything we had not seen before. We all regrouped again and made our way back to LGS.

It was a very enjoyable day but this could not happen without the work of all the members of staff involved. Many thanks to Mr Langford and all the teachers that gave up their time to accompany us on this trip.