Performing for the Queen

Students from Years 12 and 13 perform for the Queen in Windsor as part of Her Majesty's 90th birthday celebrations.....

On Wednesday 20th April, 8 students from Langley Grammar School formed a cast with 8 members of Cox Green School, to put on a Royal performance, for the Queen – quite literally!  The Shakespeare Schools Festival organisers were impressed with the high quality of LGS’s drama SSF productions from the last 5 years,  and we had been chosen to perform a scene from Shakespeare's Romeo and Juliet as part of the first day of the Queen’s 90th birthday celebrations in Windsor.

We had 2 days to create the piece with a dress rehearsal the day before to ensure it was fit for the Queen!  On the day of the performance, we were all excited and thrilled to be performing; seeing the crowds gather and people coming all the way from Canada really put the occasion into perspective.  At roughly half past 11, the Royal Party arrived and it really hit us… we are going to perform for the Queen!

Playing the role of Mercutio, I had the privilege of having the opening line of our piece, and was cued to start by one the 25 Irish Guards behind us saying “break a leg”.  Overall for me, it was a surreal experience and really was a once in a lifetime opportunity!  Seeing the Queen 10 or so odd metres in front of you while performing really does feel quite surreal!  After the piece finished, we all came back to the stage one final time to bow and exit.  Tim Hashimi, who played Romeo, as well as Jess from Cox Green who played Juliet, got the honour to meet and shake the Queen’s hand as she came to open the bandstand which we were performing on. 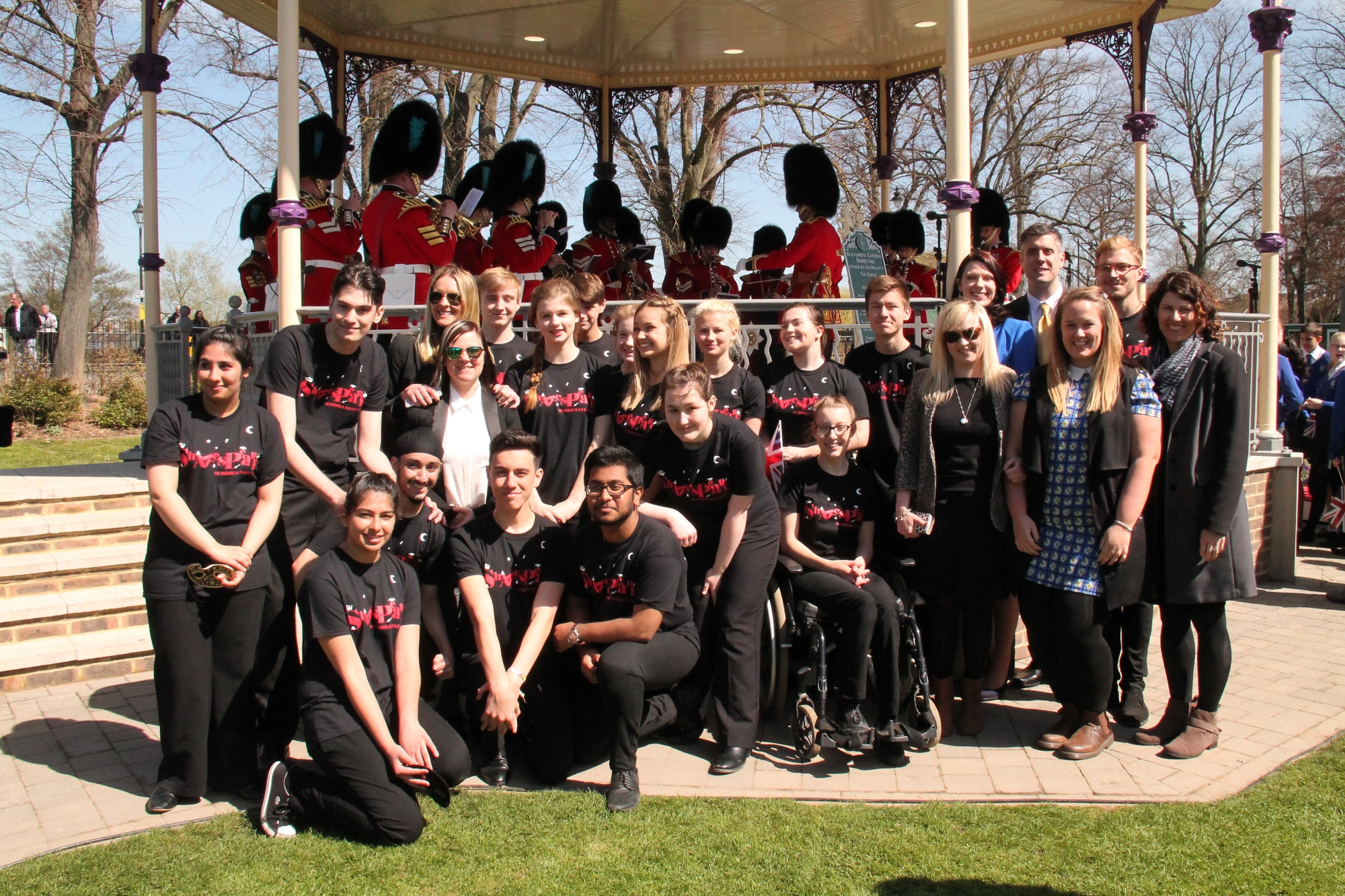 You can find a gallery of pictures from the event here.

From the Daily Telegraph coverage of the day……

The Queen was winning over a new generation of admirers, raising the possibility that there will be some who will remember such an encounter for another nine decades.   Tim Hashimi, the seventeen-year old grammar school boy from Slough, who was chosen to play Romeo, had not been sure whether he was a monarchist before the performance.  Once he had shaken the Queen’s hand afterwards, he grinningly admitted “I am a fan now”.

“ It was just so surreal” he said.  “She said ‘carry on’ - it was amazing.  It was the best experience I am ever going to have in my life.” 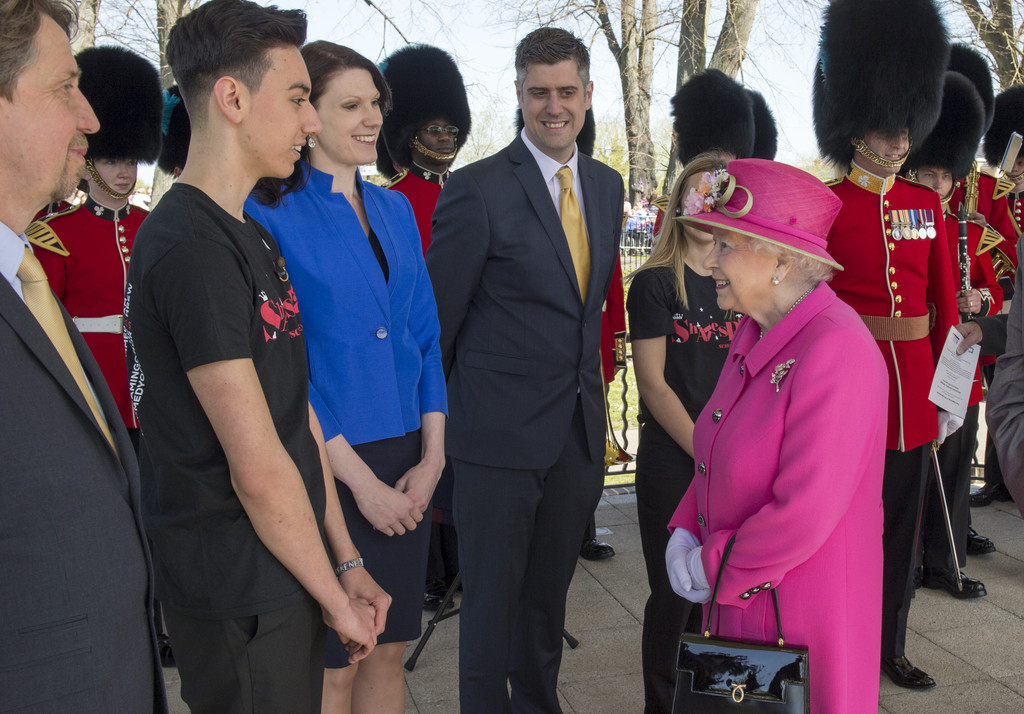