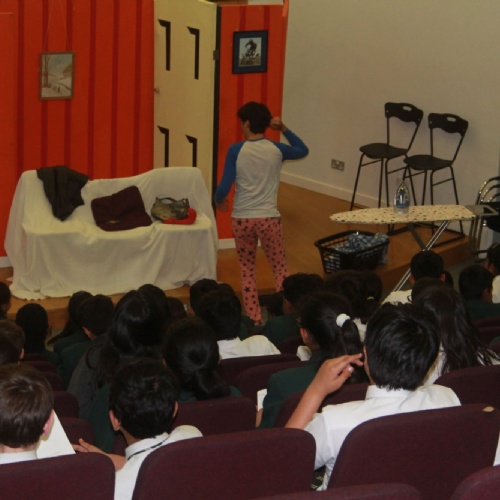 On Tuesday 15th May, Year 7 got the opportunity to watch a German play, performed by a German drama group called “Onatti”.  The aim of the play was to help us increase our vocabulary and of course have fun whilst we learn.

This article was written by Sumedha Devarakonda of 7R.

Everyone was very excited on the day of the show as this was the first German play we had the opportunity to watch at school. The comedy was called, “Hausarrest”, and all the characters of the play were of our age.  That said, there were only two people playing all five characters!

The play started off with Finn, (the protagonist), playing around whilst his mum had gone off to a parents-teacher consultation evening. When his mum came back he was in trouble, as the teachers' feedback about him was not good, and hence mum grounded him, “Hausarrest” in German.

Finn was so stressed at one point that he accidently punches the girl he invited around and knocks her out when showing her how to box. The scene was so hilarious and everyone burst out laughing, while Finn was shocked. 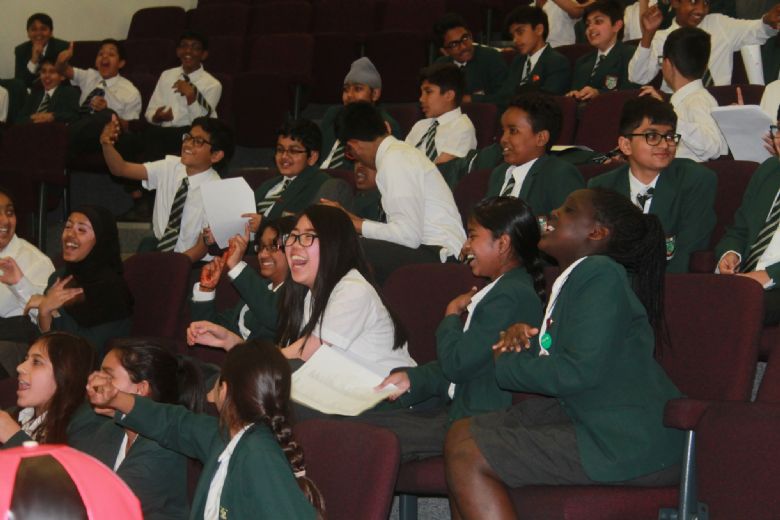 The play contained much new vocabulary and the actors used hand gestures to help us understand tricky words and phrases.  This helped us recap some of the other German topics we had learnt such as: clothing, food and drink, family relationships, describing a person (how they look).

The play was interactive, we were meant to cheer and boo the actors.  Actors picked some of the audience to say and even act in some situations.

We learnt more German vocabulary and also had fun at the same time.  We would like to thank Mr. Broz and the Languages department for arranging this amazing event. 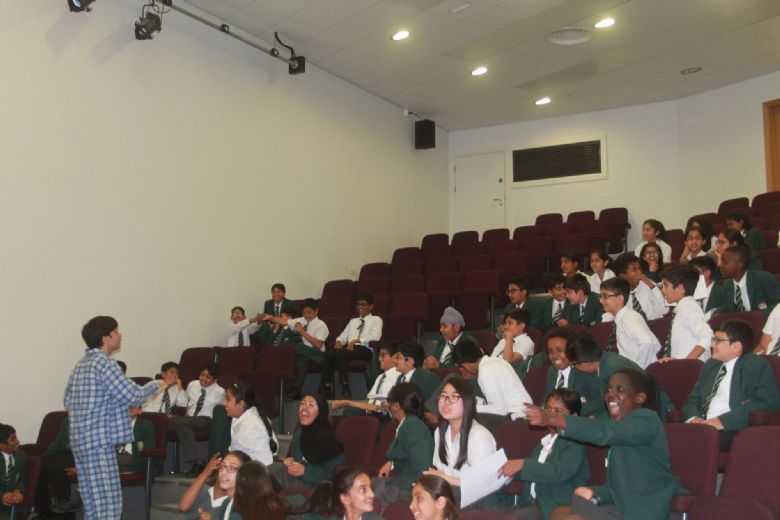