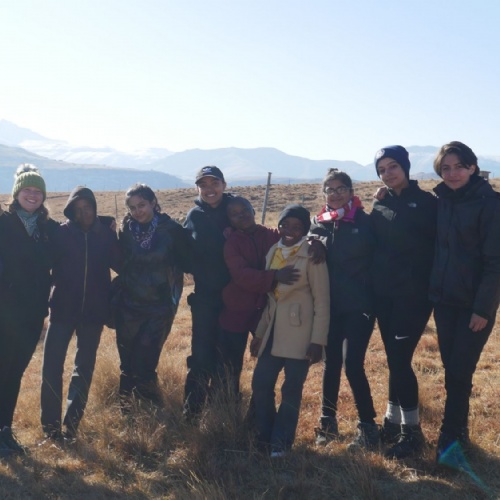 Following a hard year of fundraising,  and an intensive training weekend, we were finally ready! Two teams of twelve set off from Heathrow, heading for South Africa, buzzing with excitement mixed with trepidation. Read more to hear some of team two's accounts of the expedition. 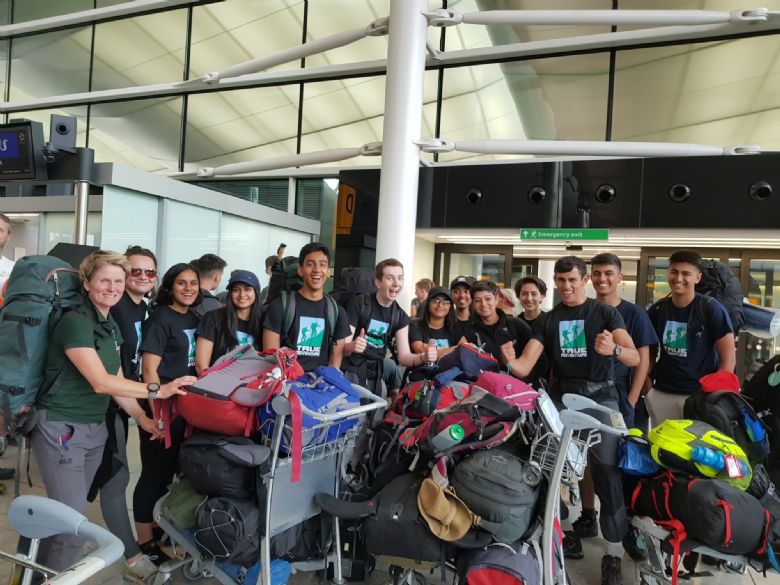 Upon landing, we made our way to the first stop, Khotso Horse Farm. During this acclimatisation period we stayed in a log cabin, where we appointed a food team who were in charge of planning meals and buying food for the next ten days from the local Spar.

After our stay there, we left Khotso and drove to Bushmansnek border, where we were met by Muffin and Snip, along with horses for the rest of the team, so that we could begin our horse ride into the mountains, where we would be completing our project work. 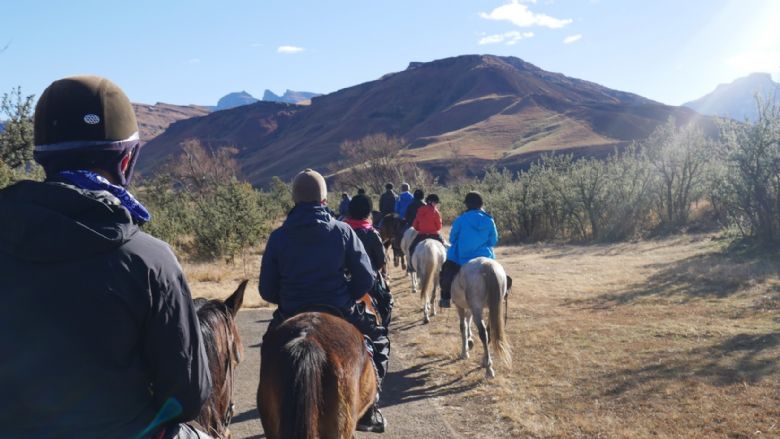 The next four hours were spent on horseback, which was a first for the majority of the team, riding into Lesotho. We arrived in Lesotho in darkness where a cattle truck was waiting to transport us to the remote village Mavuka. Though it was -5 degrees, we quickly settled into the classroom we would be staying in for the next few days, whilst sleeping on the floor with no electricity or running water.

We spent our time there painting a classroom, constructing a perimeter fence to help keep the cattle out of the school grounds, as well as interacting with locals and cooking in darkness by head torch. Five days later we remounted on our horses and headed for the border, back to some civilisation for one night only.

After a night of rest we began our three day, 35 kilometre trek through the Drakensburg Mountains. Though it was tough and ankles were sacrificed, the stunning scenery and the team morale kept us going. Once those challenging three days ended, it was time to relax as we headed for the coast of St Lucia. This was well deserved after our trek. 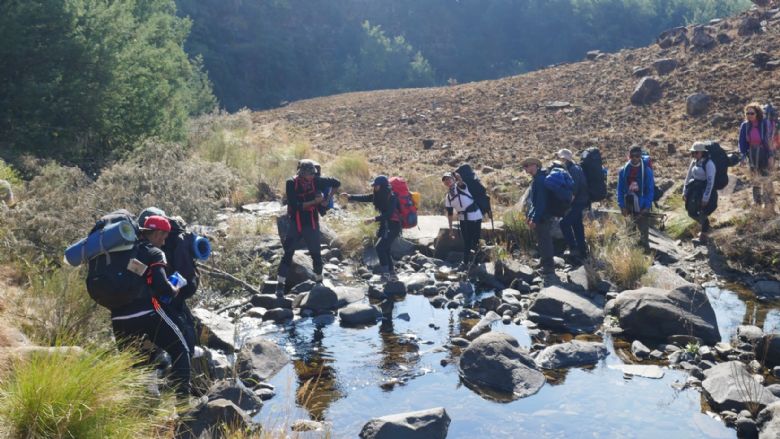 There we went on a sunset hippo and crocodile cruise and then a full day safari at Hluhluwe game reserve. After an incredible fortnight it was time to head back to sunny Slough. As a team we cannot thank our leaders enough, Emma, Mr Aplin and Mrs Francis for what was a great experience.