On the 14th November the Year 13 students of Langley Grammar School provided people from the elderly communities of Langley and Chippenham a blast from the past by organising a 1950’s themed Afternoon Tea during the school's Focus Day.

This article was written by Ameeta in Year 13.

Packed with activities planned and executed by the students, the afternoon was a huge success and was an excellent opportunity for the older students of the  Langley Grammar community to set an example showing the value of engaging with the wider community.

The plethora of activities planned by the student leaders in year 13 were linked to the theme of the 1950’s, as well as organised to be what the students believed the elderly community would enjoy; these included a game of Bingo, a drama performance based on the struggles of housewives in the 1950’s, a number of performances from the school Jazz Band playing songs the guests would be familiar with from the past, a sing-along with songs from the 1950’s and of course, a delicious afternoon tea prepared and served by the students. These activities were all prepared during the morning by groups of students that volunteered to be part of organising the activity they felt best suited their talents.

The day began with students arriving to their designated activity head quarters; the biggest task (apart from the actual preparation of the meal) was decorating the venue, the school hall. A majority of the year were actively involved in preparing tables, decorations and lighting for the event. Along the outer perimeter of the hall, black and white images of 1950’s film, music and TV stars were hung and further embellished with delicate fairy lights. Beautiful flower arrangements were placed as centre pieces to tables which the students had dressed with tablecloths, swan folded napkins and cutlery, all in hopes to replicate an authentic afternoon tea arrangement that had been researched about prior to the event. The student leaders in-charge of each event delegated roles and organised their groups to prepare the bingo cards, sing along, menus and programmes for the event and of course the afternoon tea in hopes to arrange a smoothly run event. 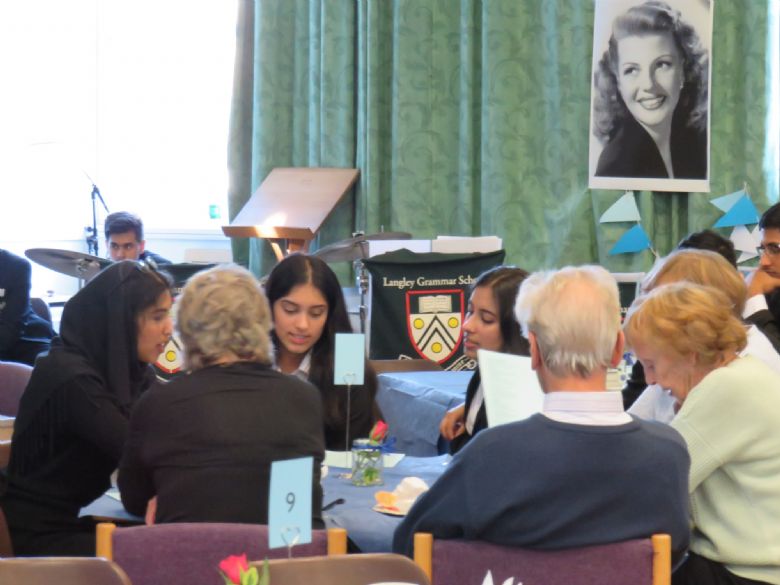 A talented group of student chefs spent the morning preparing sandwiches, cakes and biscuits to be served alongside tea and coffee to the guests during the afternoon. They unsurprisingly managed to get an extremely positive response in regards to the taste of the well prepared assortment of food they created. As guests began arriving they were escorted to their seats by chauffeurs that seated them alongside students volunteers at the tables, all of whom were eager to engage with the elderly people who had taken time out of their days to travel to attend the event the students had worked so hard to organise. The food and drinks were served promptly, and shortly after the guests were satisfied with their meal the events went underway; the sing along got everyone involved with lyric sheets, the bingo became competitive with the promise of prizes for the winners and the performances kept the guests entertained and excited for more. 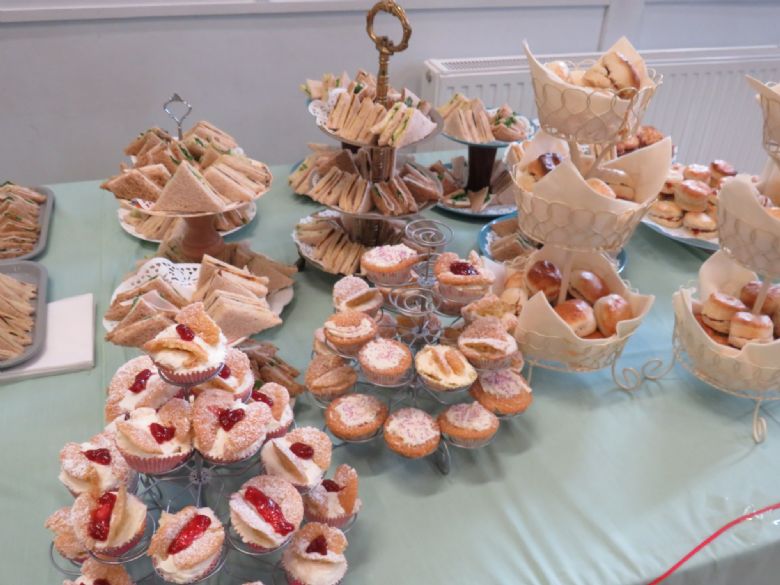 The afternoon was a huge success; the guests left feeling like they had travelled back in time to their younger years and students felt immensely proud that the work they had put in had provided such an enjoyable event for members of the community they would otherwise be unlikely to engage with. Some particular students were hugely entertained by a group of guests who identified themselves as the “Langley Gang”, as they shared hilarious stories of their past antics.

As the Head Girl, Aleena Khan, and Head Boy, Anthony Abraham, bid thanks and farewell to the guests, it was clear from their reaction that the event had been a huge success. 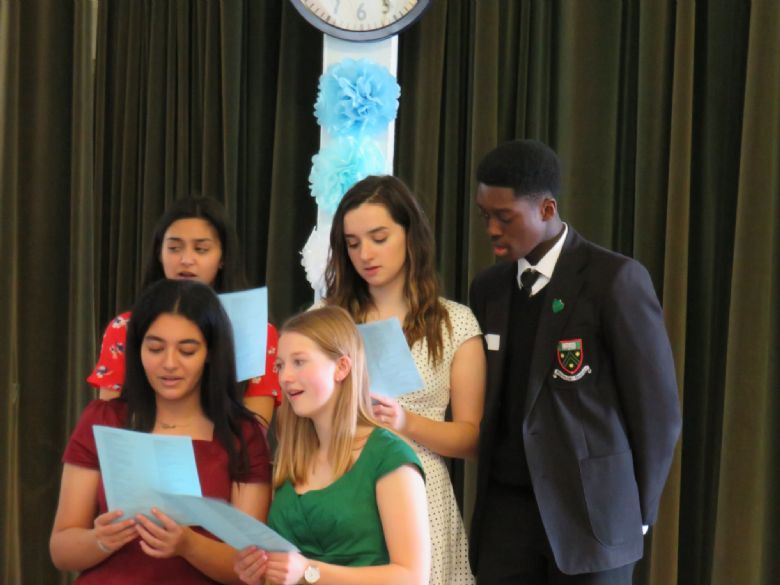 Following the event, one of the guests wrote:

'I would like to thank you for a lovely afternoon.  It was a pleasure to be entertained by such wonderful young students.  We were treated so well and respectfully, nothing was too much trouble.  Well done to everyone involved.  I wish you all success in your future careers. Thank you again.'

Hearing this response was incredibly fulfilling to all the students involved in making the event the success it was; not only did they feel pride in creating an afternoon that was memorable to all the guests that attended, but felt glad to have made the elderly community feel welcome and as though they were cared about by the younger generations. The school wishes to organise more events like this in the future, and hopes for them to be just as, if not more, successful and enjoyable than this one. 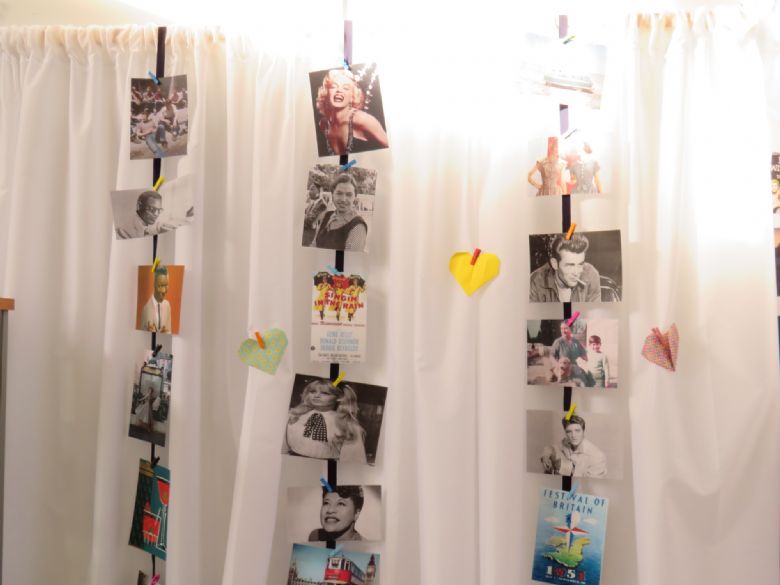