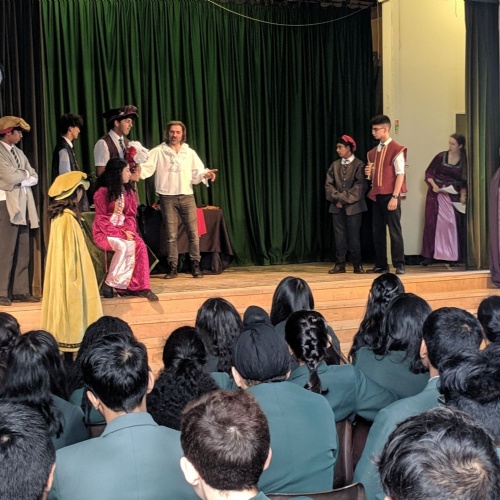 On Thursday 15th March 2019, Year 10 enjoyed a drama-themed English Focus Day when a theatre company visited the school. The professional actors performed Romeo and Juliet, An Inspector Calls and A Christmas Carol, the three studied text for English Literature.

This article was written by Amolika in year 10.

The aim of the event was to help support our GCSE English Literature course, especially for our upcoming exams for which we have to memorise key quotes and themes in the three texts that we are studying. Also, it helped those studying GCSE Drama as we were taught new techniques and ideas to help with our practical exams.

We started with Romeo and Juliet, talking about the different characters and the important quotes to remember. It was a very interesting experience to hear the actors speaking in Shakespearean English and using props such as rapier that they would have used at that time, adding context to the piece. When the actors invited people up to act, I was full of trepidation but still excited to get picked, this created a very interactive and enjoyable experience especially seeing people I know in our year group having to act out roles such as Benvolio and Juliet. It was particularly funny to watch the interactions between Juliet and Paris. 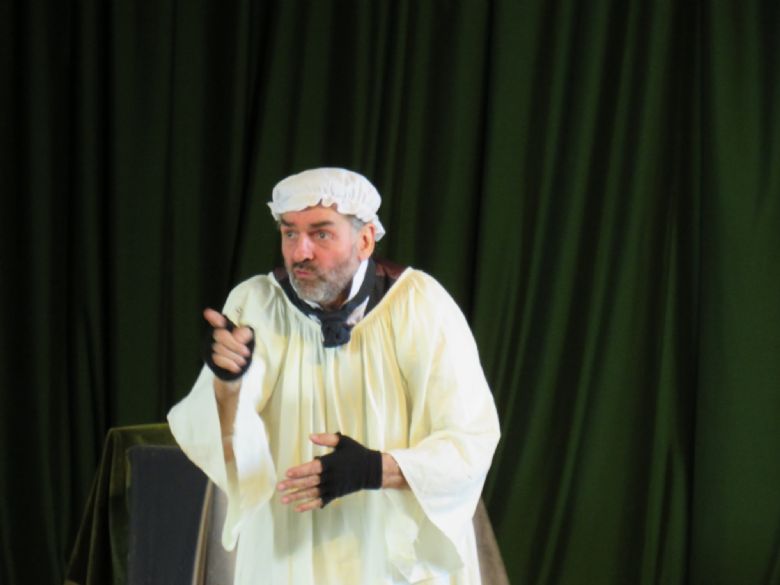 Next, we moved onto A Christmas Carol, looking at the context of the time period and what Dickens was trying to portray. It was actually surprising to see the shockingly accurate depiction of Scrooge with the effects of coughing and the hunchback to add to the character. 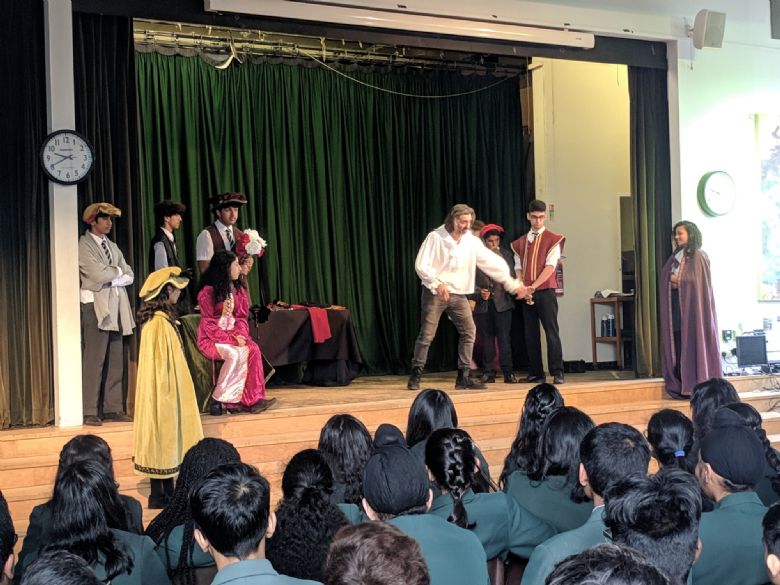 After that we covered An Inspector Calls, which was full of tension and drama. It was very interesting to watch but it had been consolidated to fit the 1-hour time, so we missed some of the events. It was a very effective portrayal of the play, and everyone was sitting on the edges of their seats to see what was next especially for those who had not yet read the full text.

Overall, I think it was a very interactive and beneficial for us as an audience. I think that it was very important in being able to visualise the storyline other than seeing it in movies where many times the events and quotes were different. As a drama student, it really helped because I learnt many things from experienced actors  I can remember from the top of my head many themes and quotes in Romeo and Juliet despite not having studied it yet. It was important I think to have this opportunity to bring us into the mindset of revising for exams but also remembering to have fun whilst revising. Thank you to the Drama Impact team and teachers for giving us this fantastic opportunity!