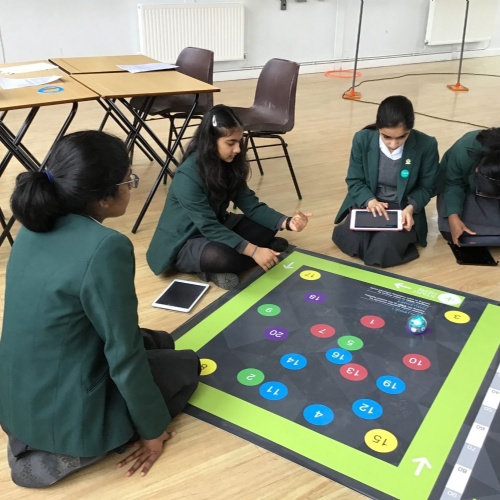 All students in year 8 recently enjoyed a fantastic opportunity to put their programming skills to the test at our recent 'Coding Days'.

This article was written by Shayna in year 8.

The day taught us a lot about programming and how we could use our problem solving skills from mathematics when coding. Also, it taught us how even one line of code can solve a difficult problem.

The activities we had were based around two objects: a Sphero and a drone. We had to move the Sphero to complete various tasks and had to programme the drone to complete other activities. We had to download two apps to aid us in completing the tasks- Sphero Edu and Tynker. For the first hour we were told to complete activities using the Sphero ball. These activities comprised of us making shapes using the ball and making the ball go through gates and around the mat we were working on. This was achieved by programming the ball to move in a certain way and in a certain direction and the code we used was much like Scratch coding. For the remaining one hour we programmed drones to fly in a certain way to help us complete the tasks. 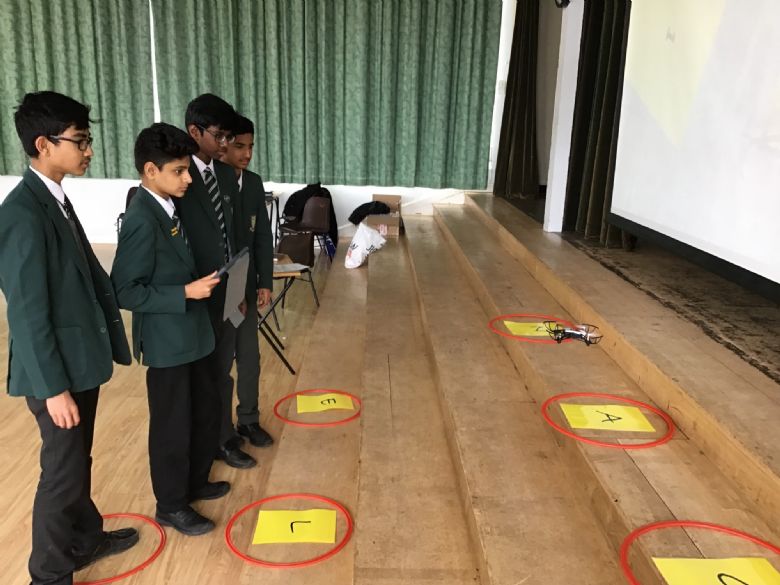 Activities involving the drone consisted of making the drone fly over and above gates until it finally flew into a hoop and finished the task. Then we had to program the drone to do three manoeuvres in the air and then land on the ground. After that there was a maths problem and the drone had to land on each correct answer, but the code to this was only supposed to be one line! Finally, the drone had to spell out Langley and this marked the end of all drone activities. Furthermore, there was one extra challenge which was to separate two wooden blocks without the wood falling off the table and we could only use one hand with 30 seconds as our time limit. 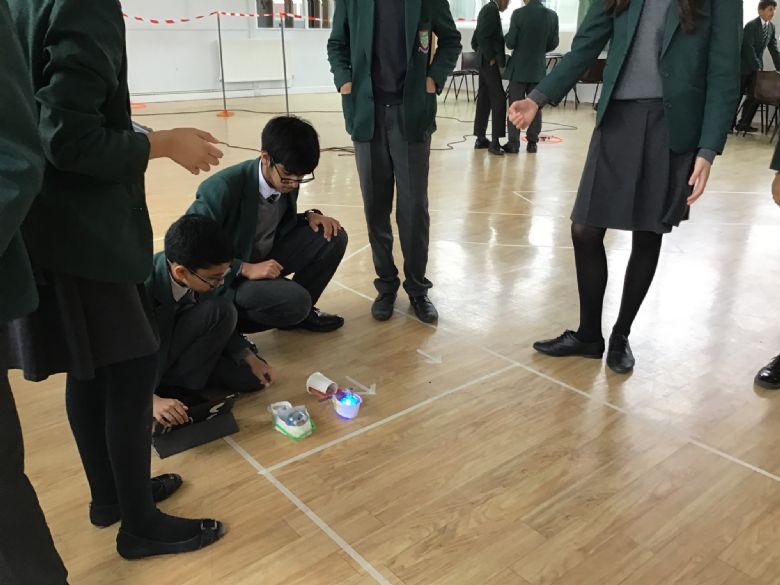 We’ve never before  had the chance to program real drones and Spheroes so it was a new experience for us. We also got to work with our friends which was nice. The instructors were clear in telling us what to do  and they allowed us to work independently, which was great because it felt like we were in control and got to programme the drones and Spheroes how we wanted.

We had to think logically and use all of that brain power we had to find the most effective way to work and complete the tasks. All in all we had a great time and learnt things we couldn’t necessarily learn in a classroom.