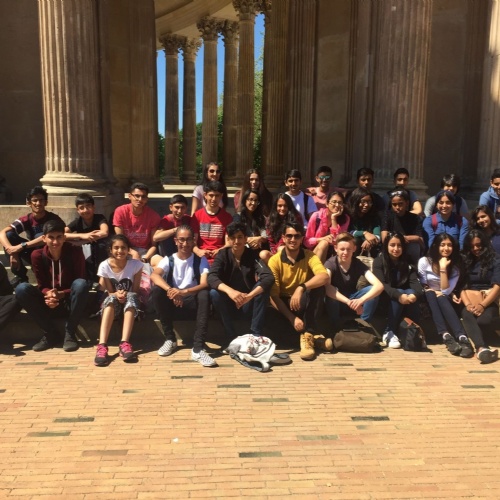 On the 24th May 2017, 30 students and 3 teachers from Langley Grammar assembled early at Heathrow Airport ready to embark on an unforgettable trip to Berlin. Yash Gupta (10S) explains more below.

We arrived in Berlin and after an hour’s coach journey through the heart of the city we reached our hotel.  We then immediately set off for our language lessons.  For the lessons, we went to the Apadia language School, where we were spilt into two groups.  The 2-hour lesson was fun and interactive. Everyone enjoyed it and learnt something. However, the highlight of a very long day was the evening visit to Club Matrix.  It was a real club that had a special night for schools that were in Berlin at the time as well as including the school children of Berlin.  Everyone thoroughly enjoyed it. 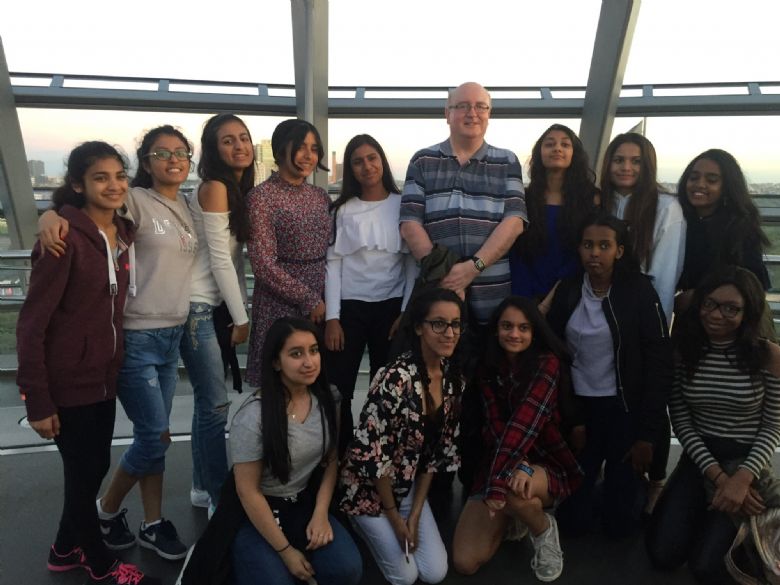 Day 2 was very much focused on the historical aspect of the trip.  We started off the day with a walking tour of Berlin.  A particular landmark we all liked was the Holocaust Memorial, due to its unique architecture which was made up of different sized blocks of cement.  The guide told us that many celebrities visit this place, but we were not lucky enough to meet anybody. However, the day after we left Berlin a famous Indian actress, Priyanka Chopra, visited the memorial.  After lunch, we visited the Story of Berlin, which was an interactive exhibition outlining the history of the city.  Unfortunately we "wrote our own story" with one student accidentally running into a glass door chipping his front two teeth. Mrs Roberts had to take the student to a dentist to stop the bleeding which fortunately didn't escalate into a larger issue. After all this we finished the day of by visiting the Parliament. At the top of the dome there was a great sunset and a good opportunity to take some pictures.

On the Friday we visited two further museums, the DDR museum and the Allied Museum. While there we all increased our knowledge about the Cold War and life under communism.  At the end of the day we went swimming, which was a great chance for us to all relax after these hectic days.  On the morning of the 'last' day we visited the former Royal Palace and could appreciate some brilliant architecture and art work. 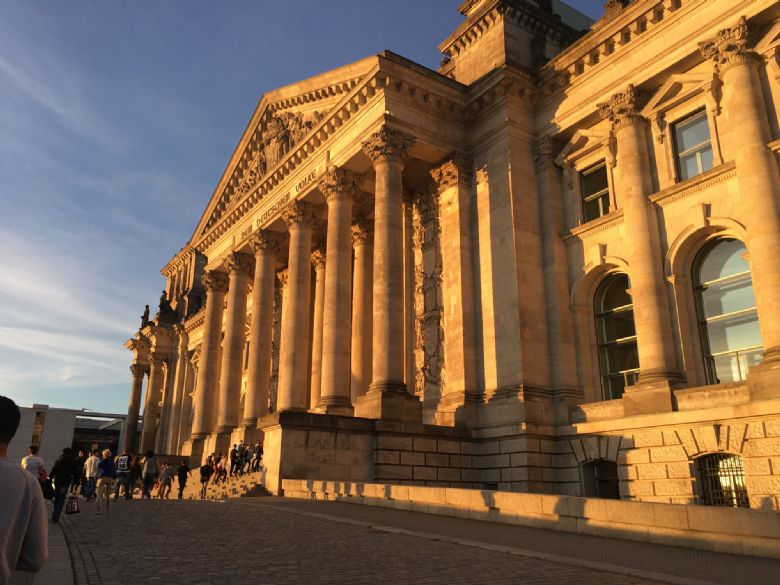 Now this is where all the drama starts.  At first when we arrived at the airport we were immediately told that our flight had been delayed.  But after 4 to 5 hours they announced that our flight had been cancelled due to the IT failures of British Airways.  It was a massive coincidence that the German Cup Final was on the same day, and was being hosted by Berlin, which meant that the all hotels had been booked by the Dortmund and Frankfurt fans.  After Mr Scales spent hours on the phone we had been told that we would be camping out at the airport for the night.  Everyone called home and informed their parents about what had happened and what was going to happen and some students really started missing home at this point.  There had been talks about some free pizza for dinner but in the chaos of everything I think we all forgot (yes, that's right, 30 teenagers forgot about free PIZZA!)

There was another twist in the tale as at 11:30pm we found accommodation on the other side of Berlin. Getting there was a pain but I think we all will admit that it was worth it.  Eventually we arrived at the hotel where we were welcomed by the eyes of a couple of Dortmund fans.

The last day, which seemed like forever, was spent waiting for the plane for 9 hours.  The Berlin Tegel Airport only had one cafe and not a single shop or restaurant.  In all the misery one student was lucky enough to meet the Dortmund football team who were taking their new trophy back home.  After spending 16 hours at the airport over the course of two days we finally boarded a BA flight that took us back to England 26 hours after the scheduled arrival! 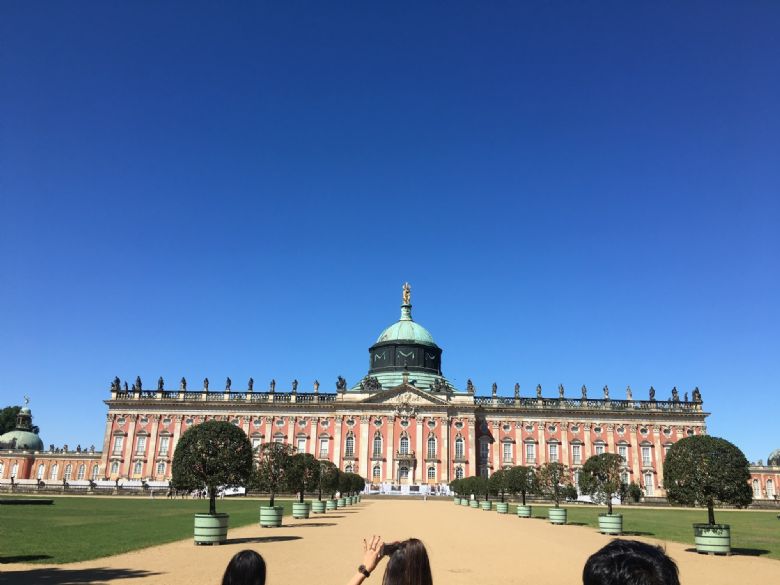 Overall it was a trip that we all will never forget. I will take this opportunity to say a massive thank you to all three teachers, Mrs Roberts, Mr Wolters and especially Mr Scales who lead the group through tough times and had to stick with us for another day.  I think that this trip made us realise the importance of friendship, as the extra day we all spent was enjoyable and memorable because we were together.