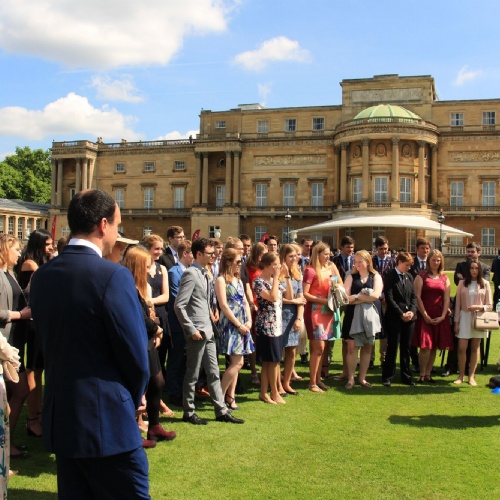 Ruby Sewell, former student recently completed her Gold Dof E and had a special day out at Buckingham Palace to collect it alongside other LGS Gold recipients. She explains more below.

Since completing the Gold Duke of Edinburgh award my group and I have been looking forward to going to Buckingham Palace to collect our award.

This happened on Wednesday 25th May.  The morning was spent in Buckingham Palace gardens where we met Prince Edward and other VIPs who show their support for the D of E award. During the morning, we were given time to explore the gardens.  We then had a chance within a larger group, which had many award holders from our region, to meet and chat with Prince Edward. He was very interested in how we had completed our awards and which areas we found most enjoyable.  Within the same groups, we were given the opportunity to listen to Graham Edmunds who is a Paralympic swimmer and has won two gold medals.  Listening to Graham talk about the hardships he faced in getting his gold medals was inspiring. 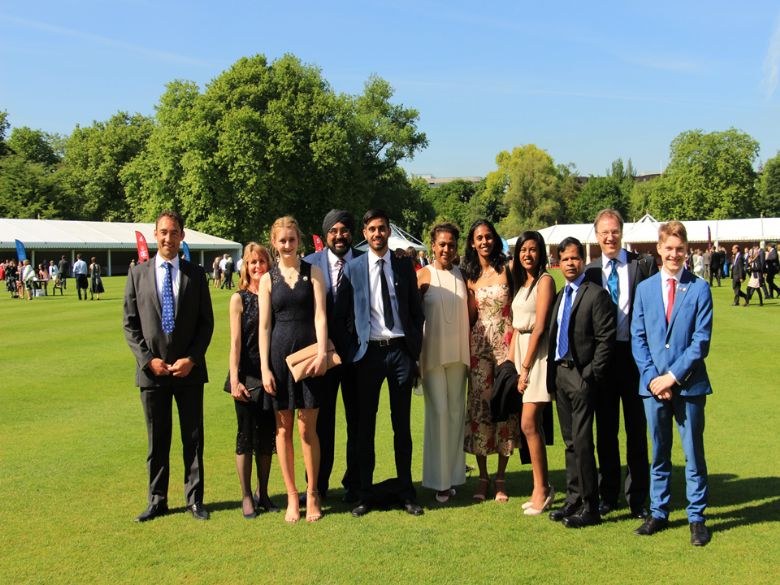 The whole morning was an enjoyable event that won't be forgotten.  It was an amazing opportunity being invited to the palace and it was a very special end to an amazing time we have had completing our D of E award. 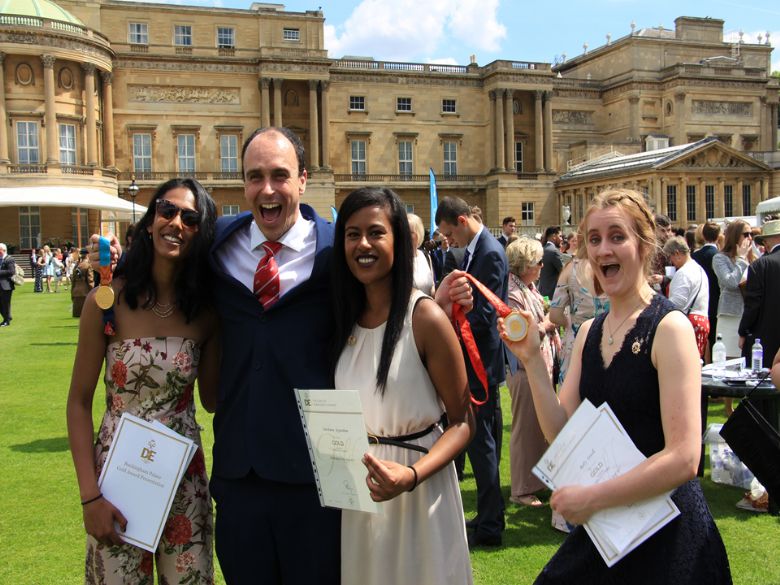