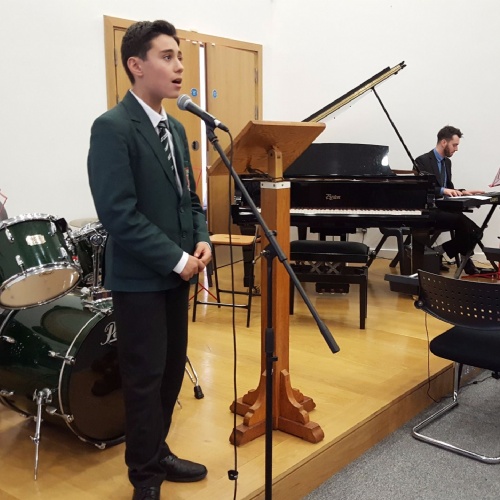 The afternoon of Friday 20 October proved to be thoroughly entertaining as the Year 7’s annual concert was held.

This article was written by Marlon Dassanayake 7H.

Kicking off the show was the incredible Junior Orchestra who played a stunning piece of music.  Secondly, the spectacular David Karapetian in Year 8 sang beautifully, accompanied by Mr Wilkinson on the piano. “Music calms me and takes me to another planet,” David stated.  Next, Mr Batsman taught the audience about the wider benefits of a musical life and told them about famous people who were involved in music.

These included: Albert Einstein, Hugh Laurie, The Queen, Charles Dickens and even Neil Armstrong!  After that, the wonderful Joshua Old in Year 9 played the song 'Careless Whisper' on his Saxophone.  When Mr Batsman asked Joshua what inspired him to play an instrument he said, “When I was in Year 7 I saw someone play the saxophone in the concert so I wanted to play it as well.”  Next, Alicia Liu in Year 9 performed on a violin. She was motivated by her older sister.  Chimnay Bharatia in Year 10 had taken music as a GCSE subject and played the piano.  He had also taught himself to play cello! 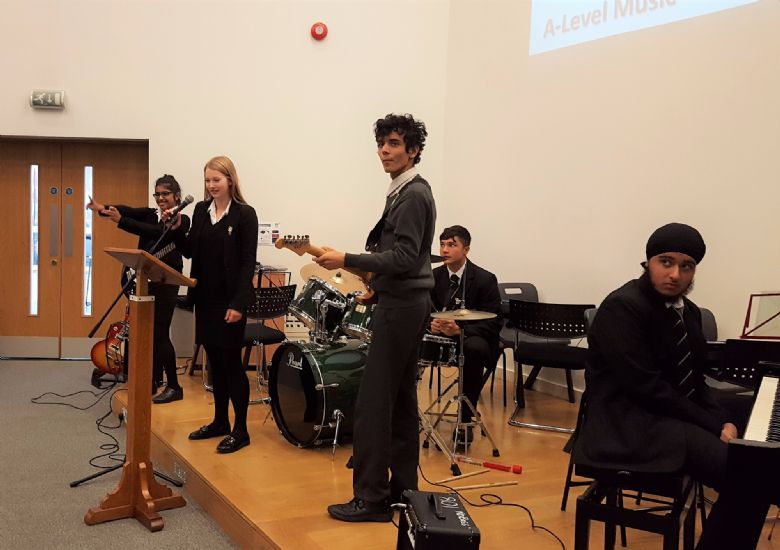 Subsequently, Sixth Formers performed, many of whom had taken music as an A-Level subject. First was a group which included a pianist, a drummer, 2 guitarists and a singer. Following that, a group of Year 11’s called The Half-Baked performed.  The group included 2 guitarists and 1 drummer.

Finally, Year 7 Students (the audience) stood up and sang extracts from ‘Sweet Dreams’, ‘Oh When The Saints’ and ‘Sweet Chariot’.

The concert was a superb experience and the whole year enjoyed it.