This article was written by Tanvir Nagra and Jaydon Heer in year 13.

From politically charged to analytically-based talks, the conference was full of interesting and informative points that reinforced key theories within economics that are apparent in current issues surrounding the world we live in. Speakers from the likes of Dr Vince Cable leader of the Liberal Democrats, BBC Economics editor Kamal Ahmed and John Redwood, a renowned MP, were present and delivered key messages to the audience through their concise, detailed speeches. The variety of speakers, backgrounds and political opinions were thought provoking allowing for detailed discussions in lessons over the following few days. 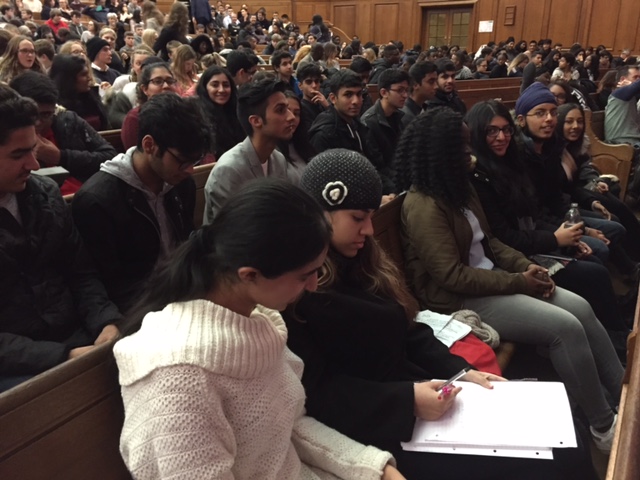 The year 13’s were engaged throughout and a question asked by one of our fellow students even left George Buckley (Chief UK Economist from Nomura Bank) lost for words. Much of the talks consisted of the discussion of topics relevant today such as: Brexit, the UK’s productivity problems, last month’s budget and its ageing population. Technology was also a major topic discussed in the conference with much emphasis on how technological advancement will affect our lives in the future and the generations to come. We were also lucky enough to also receive a talk from Tim Hartford, author of the Under Cover economist, who spoke about technological inventions that have furthered our economy. To further add, there was heavy emphasis on the effects of inflation, interest rates and stagnating wages on the UK economy throughout the conference with concepts that students were familiar with, allowing them to add to their prior knowledge of economics. 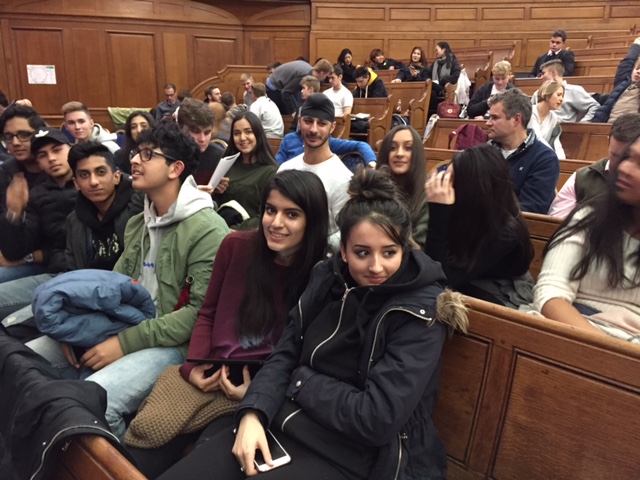 We all really enjoyed the trip and found it worthwhile and informative and would like to thank Mrs Uppal for organising it for us.