On the 5th March 2018 GCSE and A-level music students were given the opportunity to visit The Royal Festival Hall to see the London Philharmonic Orchestra. It was a wonderful opportunity to see and hear a live orchestra in a purpose built venue.

This article was written by Aneesh Chandan (10S) and Dylan Val (10H).

We began the day with a long coach ride into London, but what was to follow was well worth the time spent travelling. We arrived slightly early at the South Bank Centre so we were granted the opportunity to explore the building and grab a quick bite to eat from the café whilst simultaneously trying not to get lost in the mass of pupils from other schools that were also present.

We then entered the concert hall, took our seats, and then prepared for the music to commence. The musicians entered from the sides of the stage, took their seats and began to tune their instruments.

Once the hall was silent, the Orchestra began their performance of the first piece which was Ride Of The Valkyries. Despite originally not knowing the name of the piece, as soon as the instruments started playing, we all recognised the iconic tune as it has been used countless times in popular movies in the past. This piece was not a set work for us Year 10s taking music for GCSE, however we still enjoyed listening to it. This piece was very well put together by the composer and well performed by the musicians.

The next piece to be played was Psycho Suite. Though it was not as well-known as the previous piece performed (at least among us), it was one that really stood out, as an atmosphere of terror was created in the concert hall. It was astonishing to see the techniques that created this atmosphere such as the stabbing effect on the violins, which was used in the infamous shower scene in the film Psycho. The actual scene in the film didn’t show much due to the amount of censoring at the time, so it relied on the music to create such a massive impact on the audience and it really did do it justice. The build up to the scene was also incredible as the clever use of dynamics (the sudden changes from low to high volume) helped build up to the horrific climax. 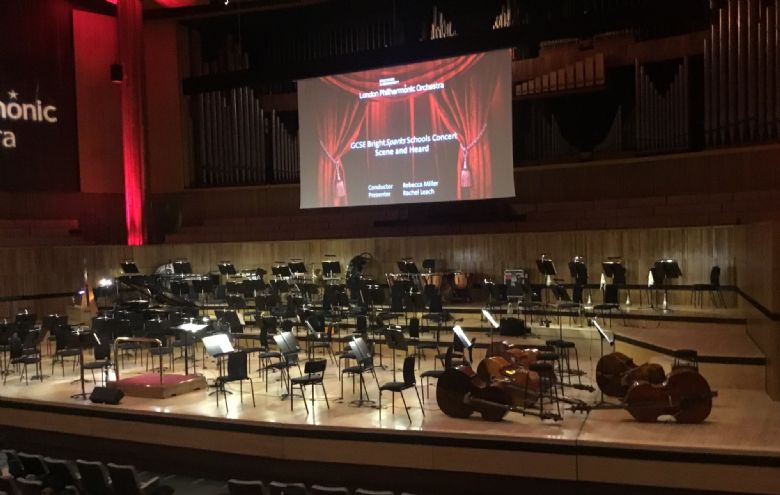 Last and probably the most anticipated piece was Star Wars. The theme music of the Star Wars franchise is known worldwide and is regarded as one of the greatest ever pieces composed for film.  As soon as the orchestra began to play we were transfixed. We were all amazed to hear such incredible music being played live in front of us. It sounded exactly like we were familar with in the movies but to see it performed live provided an all-together different experience. John Williams, the composer of the Star Wars theme and all of the other Star Wars music (including the Imperial March), has also composed some of the most popular and recognisable film scores in cinematic history. He has written music for the Harry Potter franchise (Hedwig’s Theme), Indiana Jones series, Jurassic Park and for the classic Jaws films. He truly is a living legend to create such extraordinary music for such well known films. 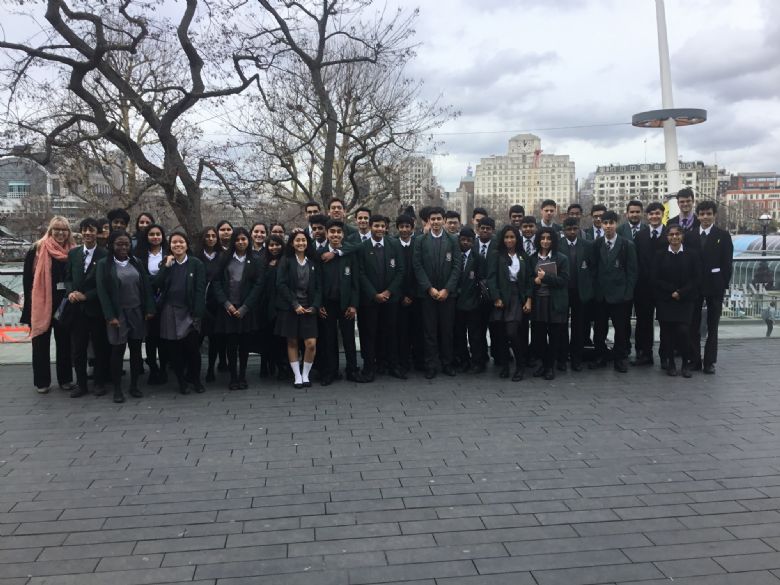 After an eventful day, we made our way back to the coaches and back to school. This for us was one of the best trips we’ve been on: it was a very memorable and useful trip. It has helped us to develop our understanding of the set works for our GCSE in music while being a very enjoyable experience. We are so grateful to the school for organising this trip and would like to say thank you to everyone involved in making it happen.