On Wednesday 27th June 2018, students from Langley Grammar School took part in the Summer Variety Show. There were a range of solo and group performances and everyone had a great time.

This article was written by Ashvin in 8H.

The show begun with a great performance of ‘Get Lucky’. The bar had been set very high for everyone else to follow. There were solo performances from Vidula Natarajan and Joshua Old on the piano and saxophone respectively. This was followed by some acting by a group of students in Year 9, which showed the variety of talent the students at our school possess. Next there was an original composition, followed by a performance from two members of the Sixth Form of ‘Imagine’. Next, we were treated to a monologue from Dr Who. Real variety!

The Trumpe Club entertained us with a medley of lively pieces.  Then, Junior Orchestra performed Rondeau from Abdelazar followed by LGV (the school choir) who sang ‘Empire State of Mind’.  Members of Guitar Club performed a Michael Jackson medley which was followed by some acting, an original piece written by 3 students. There was a performance of the pop song ‘Feel it still’ and another solo performance; this time by Alicia Liu on the violin. Then the Year 7 Drama Club gave us their performance of Rumpelstiltskin followed by a piece by students in the Sixth Form. The night was wrapped up with performances from the Jazz Band, the LGS Orchestra and a sneak peek of what is in store for the show ‘We Will Rock You’ in January next year.  We are all looking forward to that. 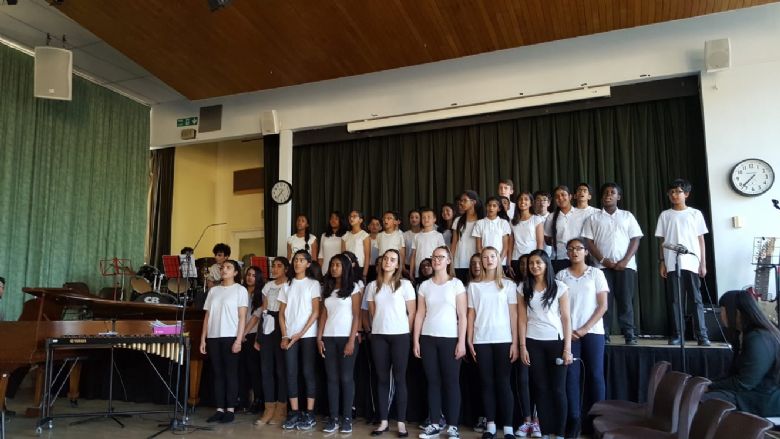 All in all, there was a lot of talent on show and everyone involved had a very enjoyable time.  I would like to thank the Music and Drama departments and all the members of staff involved in helping the students prepare for this event. Congratulations to everyone involved in what was a real success.