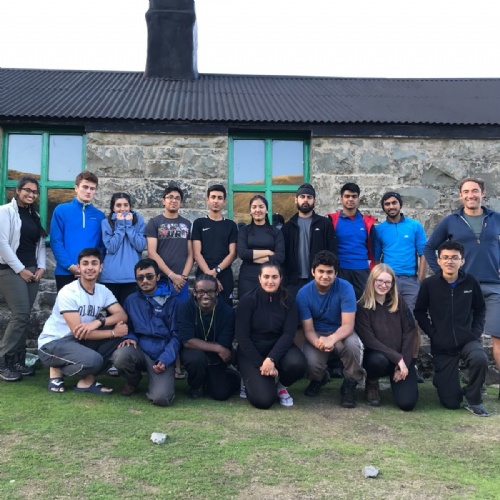 This article was written by Michelle in Year 13.

DofE Gold. The name is enough to give anyone goosebumps, but after the current year 13’s experience, I think it would be safe to say that a part of us misses Wales. Our practice expedition was back in April 2018, in a rainy Snowdonia. Back then it seemed impossible to complete yet somehow we finished the 4 day long trek, knowing that we would have to go through the same agony again in a few months. We all made sure that our fitness improved for our assessed expedition, aware of the level of difficulty ahead of us.

Packing on Sunday night before leaving for Wales the following morning had my anxiety levels were high. All of the team members were texting each other, making sure nothing was forgotten. Monday morning, the official end to our summer holidays and 16 of us are going to Wales, the place where the weather is most unpredictable. Our first task started as soon as we got to our first campsite: putting up the tents that were to be our home for the next 5 days. Luckily for us we didn’t have to cook our food for the first night as Mr Podbury took us out for dinner. Knowing that this would be our last nice meal for a week, we all tucked in. This was probably the last time we were in a place with warmth and where our feet were blister-free. 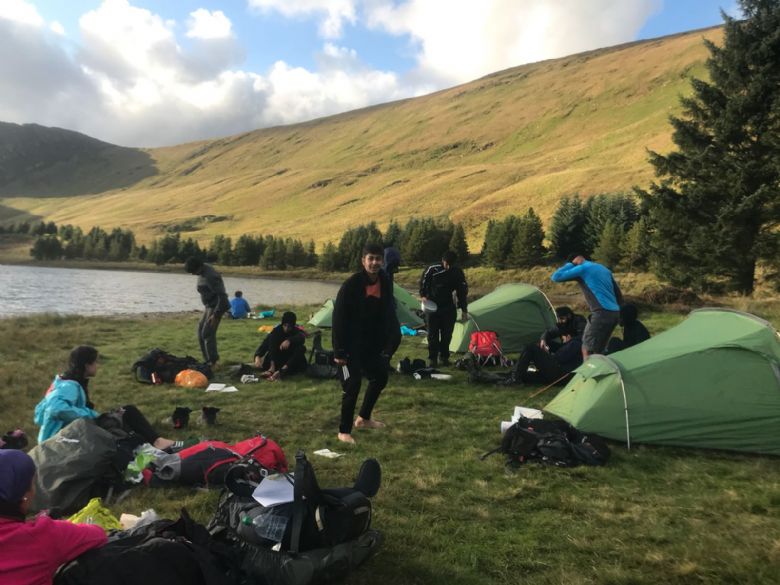 Waking up in the icy morning of Wales has its own pros and cons. Cons being we had to cook breakfast in the cold and pack everything up quickly in order to set off as early as possible, and the pros being waking up to nature had its own unique beauty. The route plans and maps indicated that on the first day we were in fact climbing mountains. Luckily we were blessed with the weather and it didn’t rain for the first two days. We were told about Clag, a situation where you are immersed in thick clouds and visibility is only for a few metres. My group hadn’t even been walking for more than 4 hours and we found ourself within it. Climbing one mountain was difficult enough, as we were tired from carrying what felt like 100kg but only between 15 to 20kg on our backs. We got to the peak of the mountains to find our assessors and Mr Podbury (who was in shorts whilst we were wearing 3 layers plus hats and gloves), which was a relief. The remainder of the day was spent getting to the bothy: a basic house like structure, but without the electricity or running water or bathrooms. It had four walls with a roof, 2 windows a door and a fireplace. Wild camping was a mission as we were truly at one with nature. 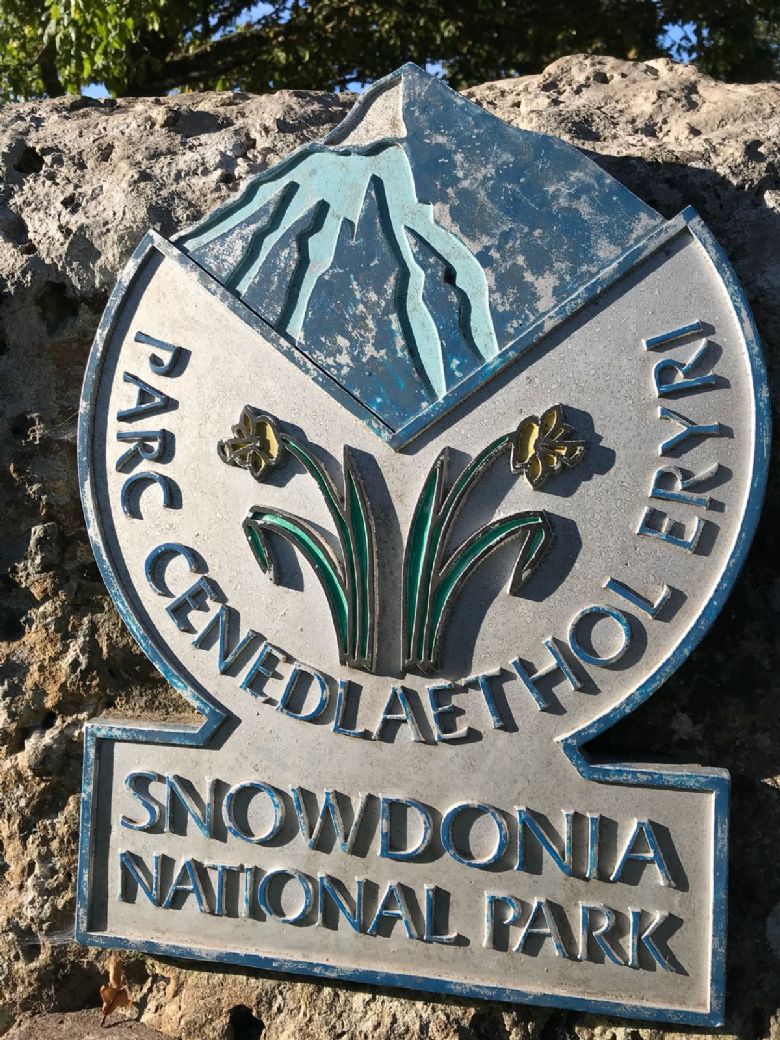 Day 2 of our expedition was much calmer, in the sense that there were no mountains to be climbed. The campsite for the second day was the best. We had the privilege of bathrooms and warm showers. We were accompanied by the team from the year above us who gave us good tips. We spent time at the campsite chilling, cooking and having fun, getting to know each other. We were close enough with our team members as we knew each others strengths and weaknesses. Where one would fall weak another would step in, just like family. Originally on day 3 we were meant to climb Moel Siabod, the second tallest peak in Snowdonia. Unfortunately due to the weather, it was decided it was too dangerous to climb so we took the 22km bad-weather route going around all the mountains instead. Half the day went past and luckily the sun came out again drying us as the hours went by. 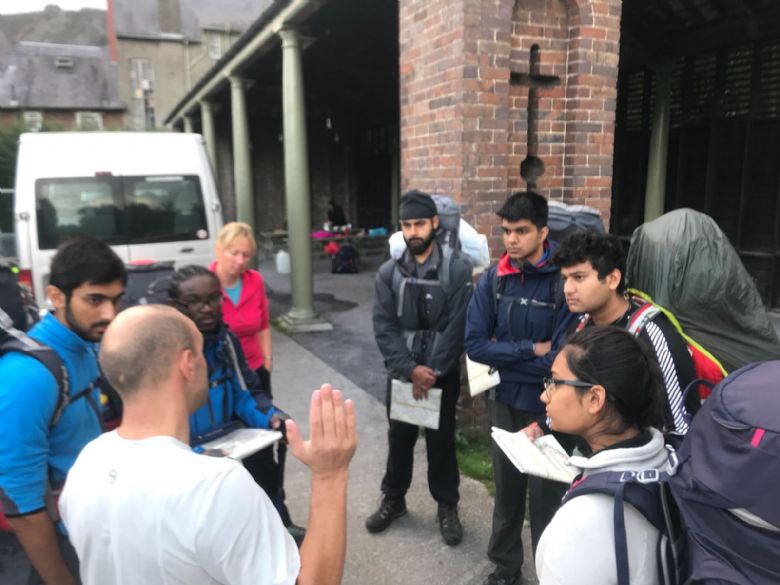 Day 3 we were meant to be wild camping again, next to a lake in a valley on the mountain ranges. Getting to the site was the most difficult as our feet were completely worn out. Every step felt like a knife to our feet and our shoulders had merged with our hips. As soon as we got to the site we all threw our bags off and just lay in the grass, not wanting to be moved or disturbed. That was hopefully going to be our last night in Wales so we decided to have a feast. We mixed all the left over food and passed round the trangia whilst eating out of it huddled in a circle like penguins. Waking up on day 4 was the worst. Four o'clock in the morning it was pitch black. Having to pack up, get ready and take down tents was quite a task. We set out as soon as the sun rose, only to find ourselves lost in the first kilometre. Finally on track, we made progress but it was that slow as we couldn’t move our feet well and it felt as though our bodies had literally given up on us. Our only motivation was that if we get to the checkpoint in time we get to go home. Seeing our assessor Felicity in the distance was the happiest moment. I never thought I would see my teammates run so fast in pain towards her knowing she was standing at the point where the expedition ended. It was quite a journey and experience. We had our falls, emotional breakdowns, laughing moments and angry moments, but in the end we made it together as a team and passed with smiles on our faces. 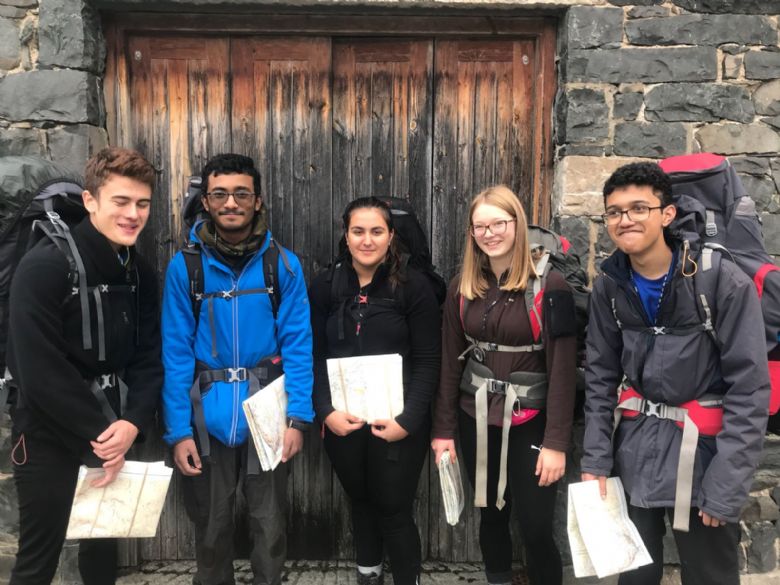 So do I recommend DofE gold? Yes, for the memorable experience and the feeling that I can cope with anything now! Thank you to Mr Podbury for his time and effort in organising the whole expedition for us.