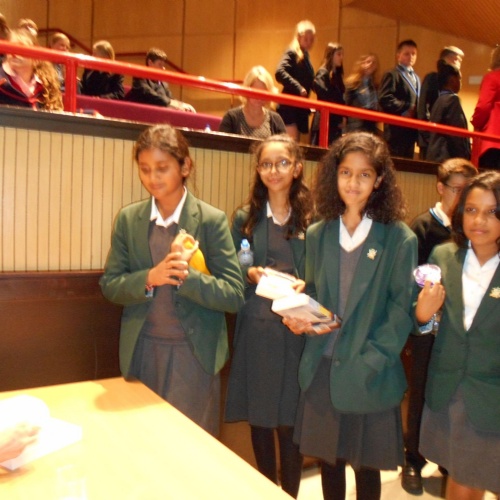 This article was written by Kiran,Avneet Jaswal, Rishita and Joanna.

The Berkshire Book Award is organised by school librarians, but the nominations are chosen by young people from over 90 schools and libraries. The previous winner of the award was Anthony Horowitz’s “Alex Rider: Never Say Die”. The guest author speaking this year was Emily Thomas, author of the book ‘Mud’.

She started by describing the book and its themes, without revealing too much. It was based on her own childhood life, but also with a bit of fiction, making it an semi-autobiography. At the age of 13, her father announced that his girlfriend and their family were going to live on board a Thames Sailing Barge. The book’s story is based on the up and downs of the time on the boat.

‘Mud’ is set in the 70’s, the time when Emily Thomas was a teenager. Life was quite different back then, with not much technology. In their free time, teenagers met up with their friends and hung out in shops that we have never heard of; Wimpy and Woolworths, or watching films such as Grease in the cinema.

Emily Thomas told us she was quite the bookworm when she was young. She enjoyed reading classic books such as, ‘I Capture the Castle’ and, ‘The Wolves of Willoughby Chase’, which also influenced, ‘Mud’.

Towards the end of the talk, we bought signed copies of the book for ourselves and two copies for the library too! I am looking forward to reading Mud! A huge thank you to our librarian Mrs Shine for organising this visit! 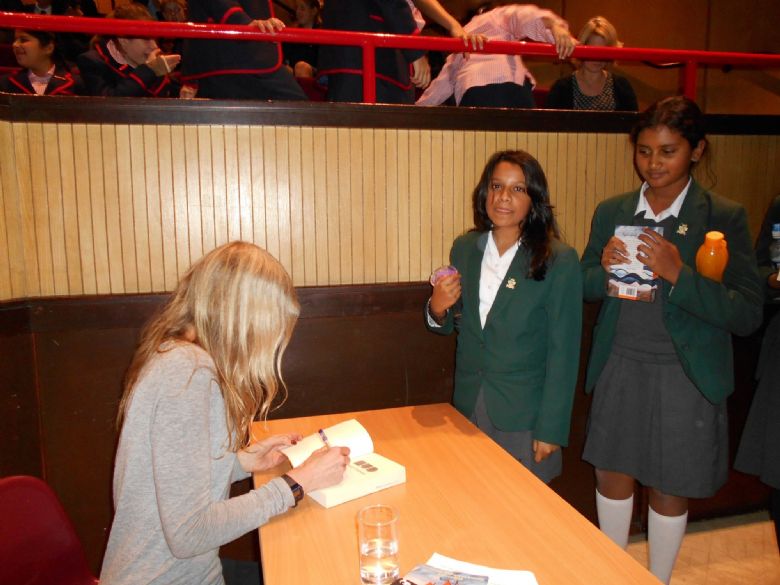