During the Autumn term we held Presentation Evenings for our former Year 11 and Year 13 students, at which examination certificates and a range of other Awards were presented.

Former Year 11 students were presented with their GCSE certificates at a celebration event on Tuesday 19th November. The event included musical items, speeches from headteacher Mr Constable, the Phase leaders Mr Pascall and Ms Roughton, and from the Year 11 form tutors who guided and supported students through their GCSE courses.

Finally, a number of special awards were presented. Many of these are plates or trophies donated by, or in memory of, former members of staff; they are awarded to students who shown particular aptitude or dedication to a subject or area of school life.

Our annual A Level Presentation Evening was held just before the end of term on Tuesday 17th December and we were delighted to welcome back many of our former Year 13 students together with their families. Students were presented individually with their A Level certificates to acknowledge their achievements.

The Headteacher’s Commendation is a special recognition to someone who achieved real success during their time at the school but often with some additional circumstances or challenges that others may not always have been aware of. This year we awarded the Headteacher's Commendation to Kris Baldev in recognition of his achievements, determination and resilience in dealing with ill health during his A Level courses.

Hilary Jemmett was a student here at Langley Grammar School in the very early 1980s.  Sadly Hilary died shortly after leaving the school in 1983 and her parents donated a plate in her memory with the intention that it be presented to a student who had made a significant contribution to the school community from which Hilary gained so much.

After a number of years in which the award went unpresented, the original 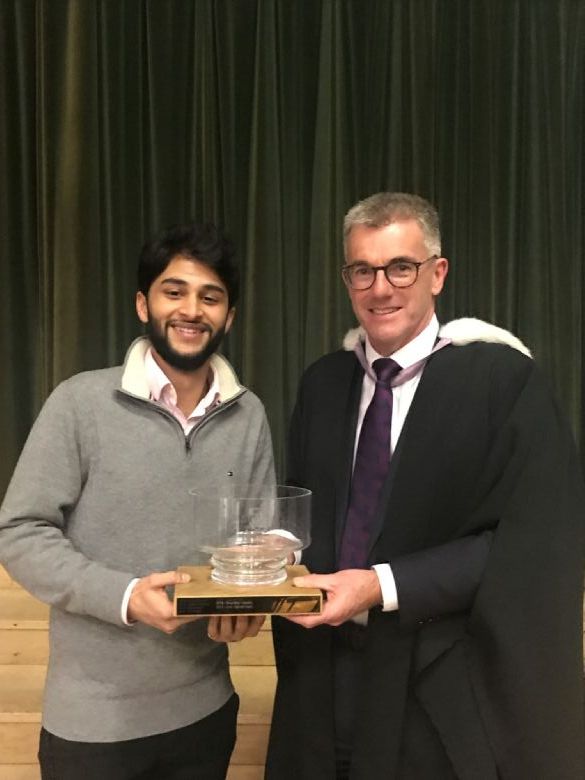 plate has been replaced with a new glass bowl which is now presented to all recipients. It remains our most significant award, presented for overall contribution to the Sixth Form and the wider school community, and nominations from this award are sought from the staff.

This year's Hilary Jemmett Award was presented to Amar Reginder Degon in recognition of his contribution as Deputy Head Boy, one of our key Digital Leaders and his technical work on sound and lighting supporting numerous music and drama productions.