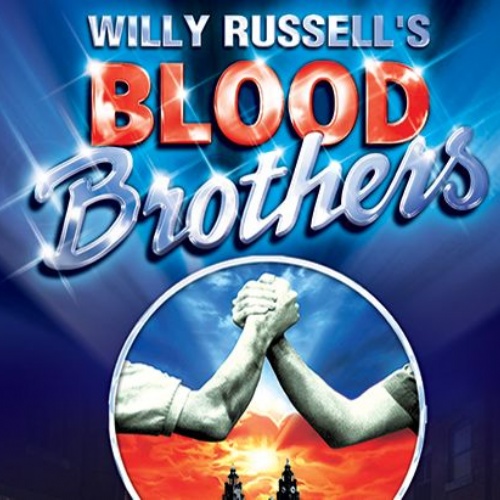 On the 19th January,  A Level and GCSE Drama students attended an ethralling performance of Blood Brothers at the New Victoria Theatre in Woking. We were all glued to the moving production, laughing at some points and crying at others.  Below is Jannah Anwar's (10H) account:

The story surrounds Mrs Johnstone, a mother who gave birth to twins. As she could not afford to keep both babies, she reluctantly had to give one away to Mrs Lyons, a rich lady who could not have a child but longed for one.  The story was a marvellous mix of love, class divide and growing up.  Lyn Paul, who played Mrs Johnstone, was remarkable, exuding motherly love and had such a stunning voice!  The twins separated at birth, Mickey Johnstone (Sean Jones) and Eddie Lyons (Mark Hutchinson) took to the stage and performed tremendously well together, with their contrasting characters being so surprisingly compatible and loving of one another.

Although the actors were adults, their showed their confidence and characterisation skills in playing children. As drama students we learnt a lot about being given an unusual role and still making it convincing. The role of the narrator, played by Dean Chisnall, served as an important representation of the truth.  When the characters were in denial, he was always there, confronting them at their most helpless moments and guiding us through this spirited tale.  His smooth and sophisticated yet ominous nature was particularly impactful.  The musical numbers from the orchestra were both captivating and memorable and the lighting was effective for communicating different moods and atmospheres.

Overall, it was a phenomenal show and we all would like to thank our drama teachers for giving us the opportunity to watch it!