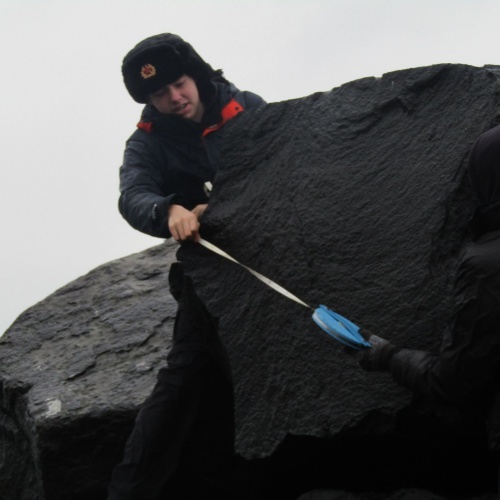 On Monday 18th January, the Year 12 Geographers met bright and early at Heathrow Terminal 5, ready for an exciting trip to Northern Ireland.

On Monday 18thJanuary, the Year 12 Geographers met bright and early at Heathrow Terminal 5, ready for an exciting trip to Northern Ireland. After landing at Belfast City Airport just a couple of hours later, most of us had not visited Ireland before and so we were all keen to see what the area would be like. Immediately recognising their popular crisp brand to be Tayto crisps and coming to terms with the slight drop in temperature, we all pretty much adjusted straight away. It was then when we met up with our welcoming drivers from Bushmills Education Centre. They drove us to the Business Park where we began our fieldwork on crowded coasts around Belfast Docks and saw the Titanic Quarter where the Titanic was built. The visitor centre is built to resemble the size and shape of the Titanic itself, representing Northern Ireland’s heritage and culture. On arrival, we were all keen to explore the centre before having dinner after a long day of travelling. We ended the day with an evening lesson exploring what we had seen at Belfast Docks and also an introduction to what we would be doing on the following days.

On the Tuesday, we explored rural unequal spaces. This day highlighted to me the clear spatial inequality you see as you move away from Belfast. After an early start for breakfast, followed by a carousel of locations around different villages we stopped in Coleraine for a quick lunch before finishing our fieldwork for the day. We then had a well deserved dinner when we got back, meeting with the other group and discussing what we had been up to. This was followed by an evening lesson to collate and discuss our findings from the data and free time for a competitive game of Irish snap.

During the evenings, Mr Nelson had organised competitive team games for us all to take part in, giving us a chance to have fun together without having to worry about work. A huge amount of effort was put into creating unique games to get everyone involved. Some of which were Quidditch, an intense obstacle course and a personal favourite – balloon popping! Keeping us entertained and competitive after long days was a huge challenge to take on yet Mr Nelson did exceedingly well. Congratulations to Team Aplin who were the overall champions at the end of the week and a special thank you to Mr Nelson for making our evenings so enjoyable.

On Wednesday, we visited Portrush and Portstewart to explore and evaluate sea defences and the success of various holiday resorts in the area. It was fascinating to see the ways in which coastal development was managed by the local council and people, and the unique opinions of one of our minibus drivers bought the fieldwork on paper to life! We also looked at a sea wall, where Mr Pascall showcased a never seen before talent of his, being a Ninja Warrior as he scaled the sea wall! We then measured waves and the angles of beaches as primary data to help us to come to conclusions on hypothesis’ we formed earlier in the day. All that can be said was that it was very wet, very cold and some people were caught pouring water out of their wellies at the end of the day. But it goes to show just how great the trip was and how interested we were in everything we were doing that most of us barely even noticed that we had the whole of the Atlantic Ocean in our wellies! We then stopped at Morelli’s, a local ice cream parlour that makes their ice cream on site, for lunch and some delicious desert! Upon returning to the centre, we typed up all of our data and decided whether or not our hypotheses had been proved. Post dinner and another evening classroom session we did more team building activities with Mr Nelson with the other staff supporting.

On the Thursday, we clambered along the sand dunes on the heritage coast, doing fieldwork along the way to reach Giant’s Causeway. This was many people’s favourite part of the trip! We were so excited to see such an amazing piece of coast, and when we saw it, it didn’t disappoint. When we approached, it didn’t look like much but when we were standing on the 40,000 columns of basalt rock, all perfectly geometrical, formed by a volcanic eruption that scientists believe was 6 million years ago, we felt like we were standing on a piece of history. It’s amazing how it has remained unchanged, and the rocks all still look impressive even after man has been walking on it for so long. They are much taller than they look in pictures with the tallest ones reaching 12 metres tall! Standing (and slipping!) on the rocks was the highlight of the trip for most of us.

When we arrived at the centre after such an exciting day, we all realised with a start that it was our last night together in Northern Ireland! Some people were distraught! Everyone came together in the common room to have a fun evening of karaoke together. We all sang new songs, like Love Yourself by Justin Bieber, and the teachers banged out the old classics like Wonderwall and Push It by Salt and Pepa, needless to say, we all laughed a LOT.

On our last day together in Northern Ireland we practiced some exam questions based on what we had studied and researched all week, this was a really useful session despite the tiredness. Then we were then given the option to either go back to Morelli’s to get some ice cream or to go on the high ropes outside of our education centre and do rock climbing. It was a nice break from the hard work we had done all week and we all thoroughly enjoyed ourselves. We were then taken to Belfast where we were allowed to do some shopping (or in many people’s cases, some serious eating).

After shopping in Belfast’s famous Victoria Square shopping centre, we were taken to the airport. It was time to say goodbye to Northern Ireland. It was an interesting experience, being  an airport with only one gate for such a long period of time, but we found things to do, namely Irish snap and yet more shopping!

We arrived home safe and sound back at Heathrow at around 9pm on Friday, all tired and a bit upset that the trip had come to an end so quickly, but it really was an amazing trip, and even though we were working extremely hard, the teachers made it extremely easy for us to have a good time and enjoy ourselves and I’m sure everyone who went on the trip would like to thank Mr Mace, Mr Aplin, Mr Pascall, Mrs Jenkins and Mr Nelson for coming with us and making it their priority to see that we learnt everything we needed to and had a good time whilst doing it!